As we start the new year, I am bracing myself for what I know is coming. In an effort to stick to their 2018 resolutions, people everywhere will try to make their desserts…”healthy.”

Barring medical necessity, here’s why that’s not a good idea.

In a class that I was a teaching assistant for this last semester, we read a study about milkshakes. People were given two milkshakes: one was labeled “indulgent” and perceived to be high fat and high in calories. The other was labeled “sensible” and perceived to be low fat and low in calories. When people finished the “indulgent” shake, they reported feeling more satisfied and had a steeper decline in levels of the hunger hormone ghrelin. After the “sensible” shake, people reported feeling less satisfied and maintained higher levels of ghrelin, i.e. they were hungrier sooner after finishing the shake.

Here’s the kicker: the contents of both milkshakes were the same. The mindsets of the participants were influencing their intake.

The same principle can be applied when we try to make desserts “healthy.” If we feel like we’re compromising on dessert we may not feel as satisfied after eating it. Or we’ve made the dessert “healthy” by altering the ingredients or adding a vegetable (e.g. carrot cake, zucchini bread, etc.) so now we use that as a justification to eat more of the dessert than if we had just left the recipe as is.

Not to mention fat adds flavor in baking and cooking. So when you sacrifice that full-fat cream cheese in favor of low-fat or fat-free, you lose precious flavor which might also contribute to feeling less satisfied with the end result.

The error we make when we try to alter dessert ingredients is failing to recognize that all desserts and all ingredients can fit into a healthy diet. Instead of trying to alter or  replace your favorite dessert, I challenge you to get real about what really satisfies you. If you find yourself foregoing your favorite cookie and instead eating cheesecake bars made with Greek yogurt that you only kind of like, try eating the cookie next time and forget the yogurt bars. Allowing yourself the real deal dessert that you want is healthier than feeling restricted any time of the year.

One thought on “Let dessert just be dessert”

I'm Grace, a nutrition student and dessert enthusiast. I'm in graduate school studying nutrition to become a registered dietitian. Follow along as I learn and share a little something. Learn more. 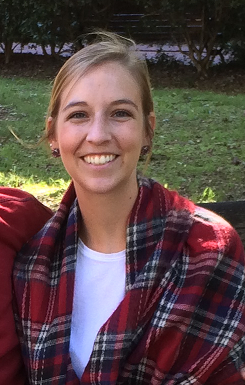